So You Wanna Be a Barbecue Judge... 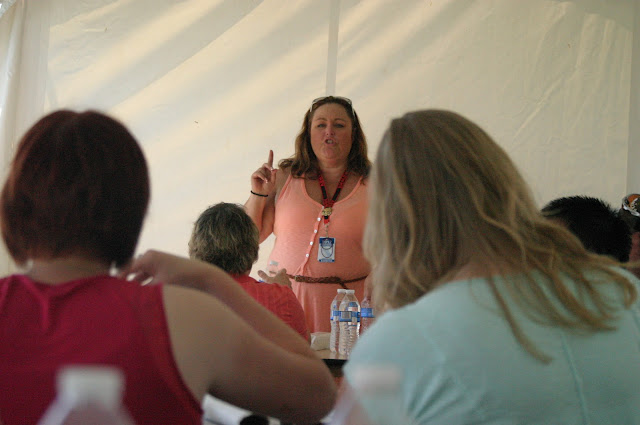 Barbecue competitions are an addiction. That is my final conclusion. I was accepted into the PNWBA sanctioned judging class and that is my final answer. There is no money in it. The judges can be somewhat inexperienced but the adrenalin rush of winning overrides all. That is what I call an addiction.

Today was my 5 hour class to qualify me to judge throughout the Pacific Northwest. It was way more knowledge than I ever expected. I had no idea how picky it would be. A piece of tin foil can be a tell?! Huh? Any foreign object in the box presented to the judges must be pointed out to the head judge. If you can see it right away, it could be a signal from a competitor. Therefore, that entire box of food is disqualified. If, and it is a strict difference, the tin foil is stuck underneath the food and is only exposed by the removal of the food, it is not disqualified. Picky details.

Here are the steps to winning in a BBQ competition -


The competitors do this for the fame and love of the game. Fairness is of the utmost. Without the training to be a judge it would never cross my mind that a teeny tiny piece of foil would sway the scores. Fascinating.

The 'kick me down and make me spit on the dirt' crappy thing about this class is that we were served meat that would never win in competition. We were served the worst of the food likely ever to be presented in competitions. We had to learn what the best is by seeing and tasting the worst. Now, if you were only here to eat the meat that would be downright disappointing.

This is another picky little detail. They are specific about which and what cut of meat is allowed. An experienced judge knows everything about every cut of pork and beef.

There is only one free card and that is Chef's Choice. That can be determined by the hosting committee.

Count them up and it is only 8 pieces of meat that we tasted in the class. I was so full but then at times I was so hungry so I ate the whole thing. You know the saying that if you eat too fast the brain doesn't catch up when you are full? It's true. In an actual judging situation you would be judging 6 samples of each category. The categories are pork, beef, chicken and ribs, then the Chef's Choice, in that order. 6 x 5 = 30 tastes of meat. But get this, each judge has a doggy bag. The left overs of your tasting is swiped into a ziplog bag and you can take it all home. Imagine the gumbo you could make with all that meat. They suggest that each person bring their own cooler to keep the meat chilled.

In the end I was mentally exhausted and digestively clogged. I have decided that the only way to know if I am up for the challenge is to jump right in. Next Sunday I have volunteered to judge in North Battleford. We thought it was only a 1 hour drive from Swift Current but it is actually 3 1/2 hrs. If I could put numbers in caps I would. 3 1/2 HOURS? Are you kidding me? I have to be sitting in my chair at 10am sharp or I will be at risk of being kazumped by some other qualified person wanting to do it. Don't even mention that I will be at the Farmers' Market on Saturday selling my heart out and coming home totally exhausted the night before.

Have I inadvertently acquired their addiction? I'll tell you next week.
Posted by Sarah at 7:00 AM