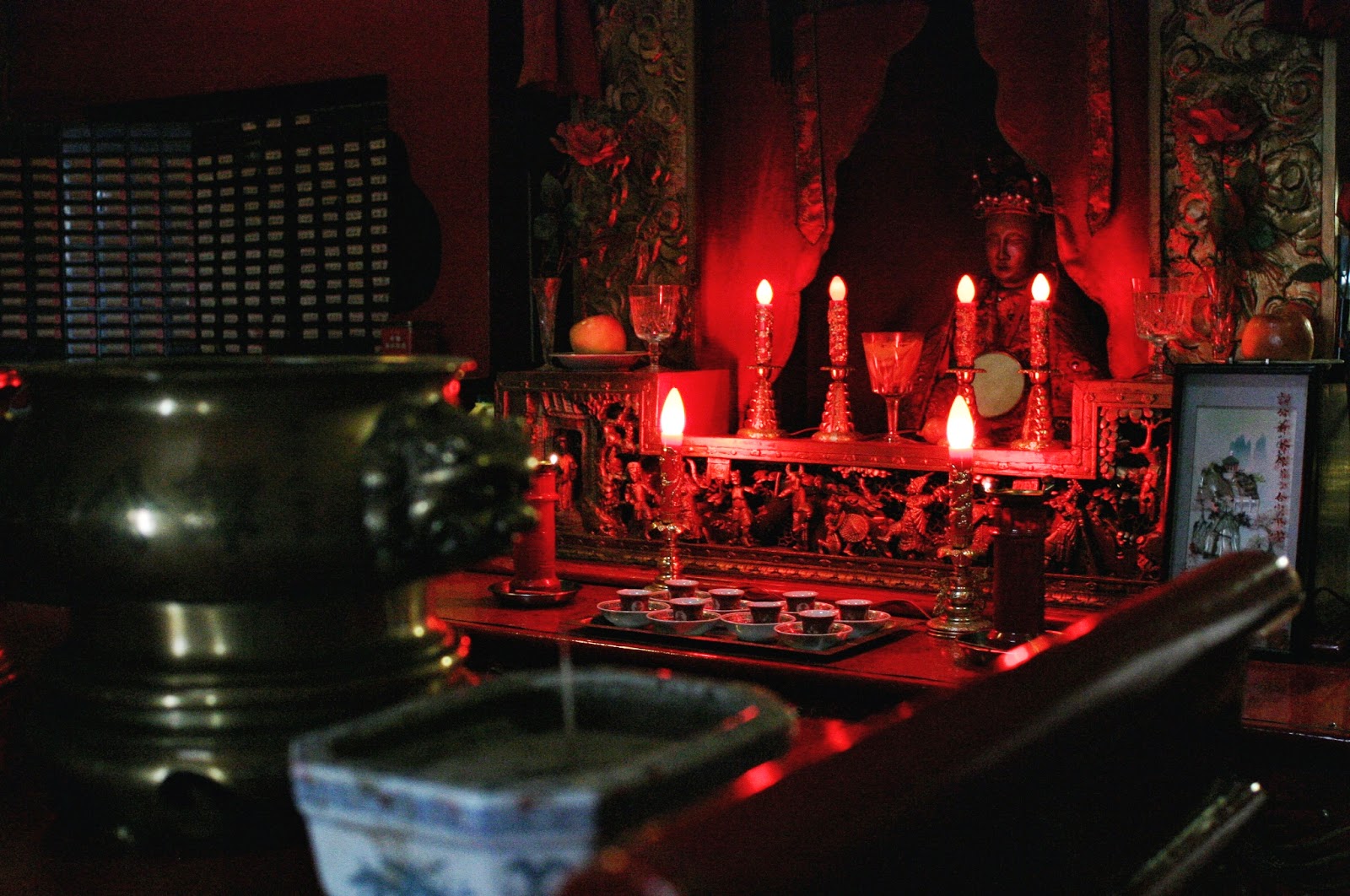 I have travelled to many cities around the world and often I have been averse to tours but when it comes to localized community tours it is always worth the time. Today's Chinatown tour in Victoria, Canada was no exception. Our tour guide with Discovery Walks was excellent. Not only does he recognize a few strategic Chinese language symbols and knows the history inside out, he is working on a book about Victoria's Chinatown. I will be watching for this book release. 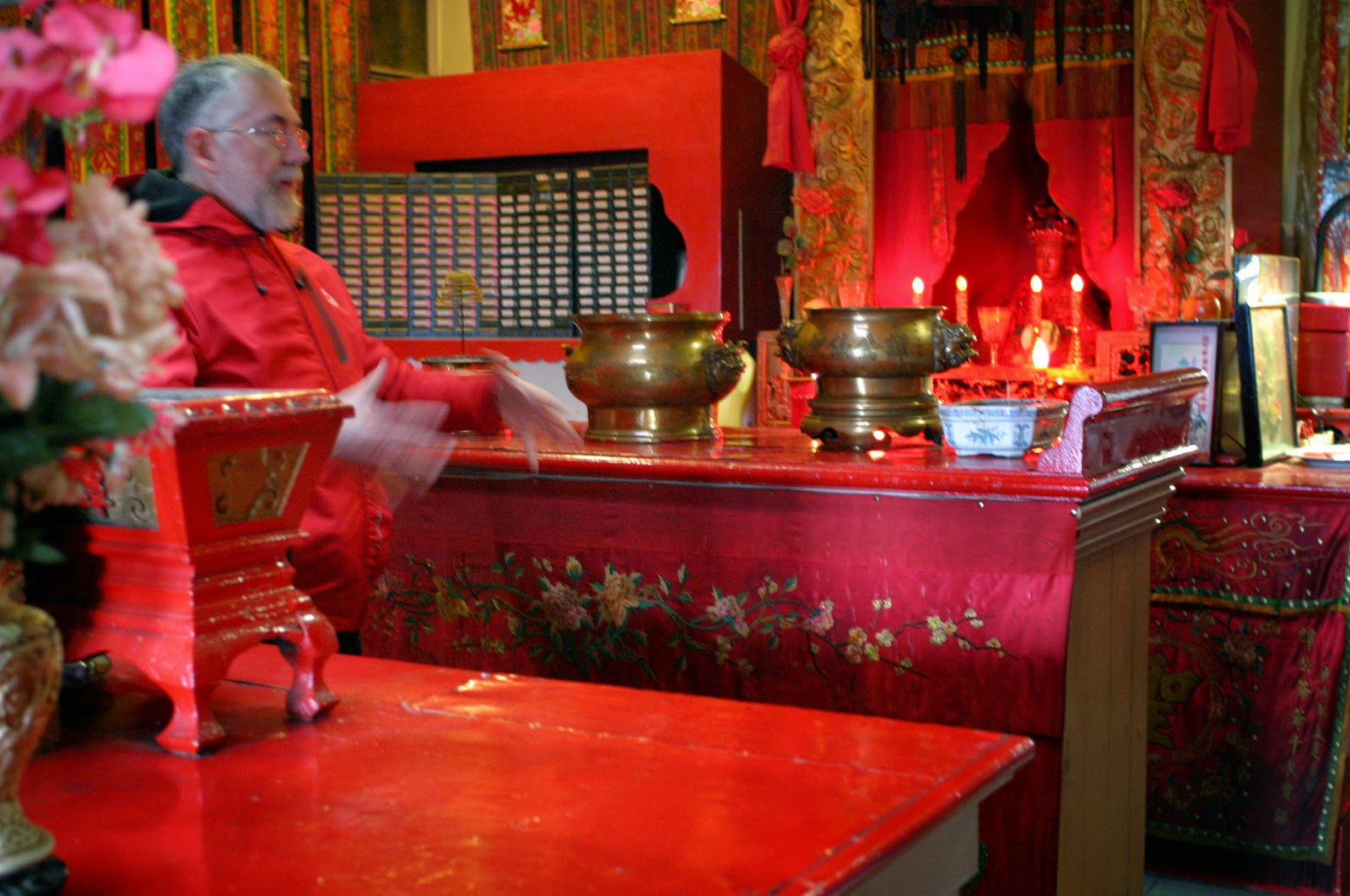 I only snapped a few pictures. Most of the time I was rapt by the descriptions of life as the earliest Chinese immigrants, not ever planning to stay, unravelled into the story of their migration and new home in Canada.

Yes, Chinese immigrants did not come with a plan to relocate. Rather it was an opportunity to earn money to send home and eventually return home to an improved life. With the changes in politics at home it became less desirable to return to the old country and as a result many stayed. And eventually they did bring some family.

It is most disappointing to hear of the inequities in life that these immigrants experienced. Chinese people were not allowed to be architects and as a result the buildings were designed by mainly British architects. As a result the style is not true but seen through the lens of another culture. Apartheid in the schools was declared and revoked. To maintain a sense of their heritage a Chinese School was built and attended after regular school hours and on weekends. Classes are still held here to teach language and culture.

There were very few women in the early days of the Chinese migration. It was a settlement of men, many lured by the gold rush, hoping to make money and return home. Most came from a farming background and as a result founded many market gardens that fed not only the Chinese but the locals. Until as late as the 1960's food was delivered in the traditional Chinese way with a bamboo pole over the shoulders carrying baskets of produce on each end.

The tour was filled with real historical facts from the migration, family and school life, gambling houses, opium dens and sadly the disintegration of Chinatown. The city of Victoria has recognized this special historical aspect and is now restoring and redeveloping with a sensitivity to the past. 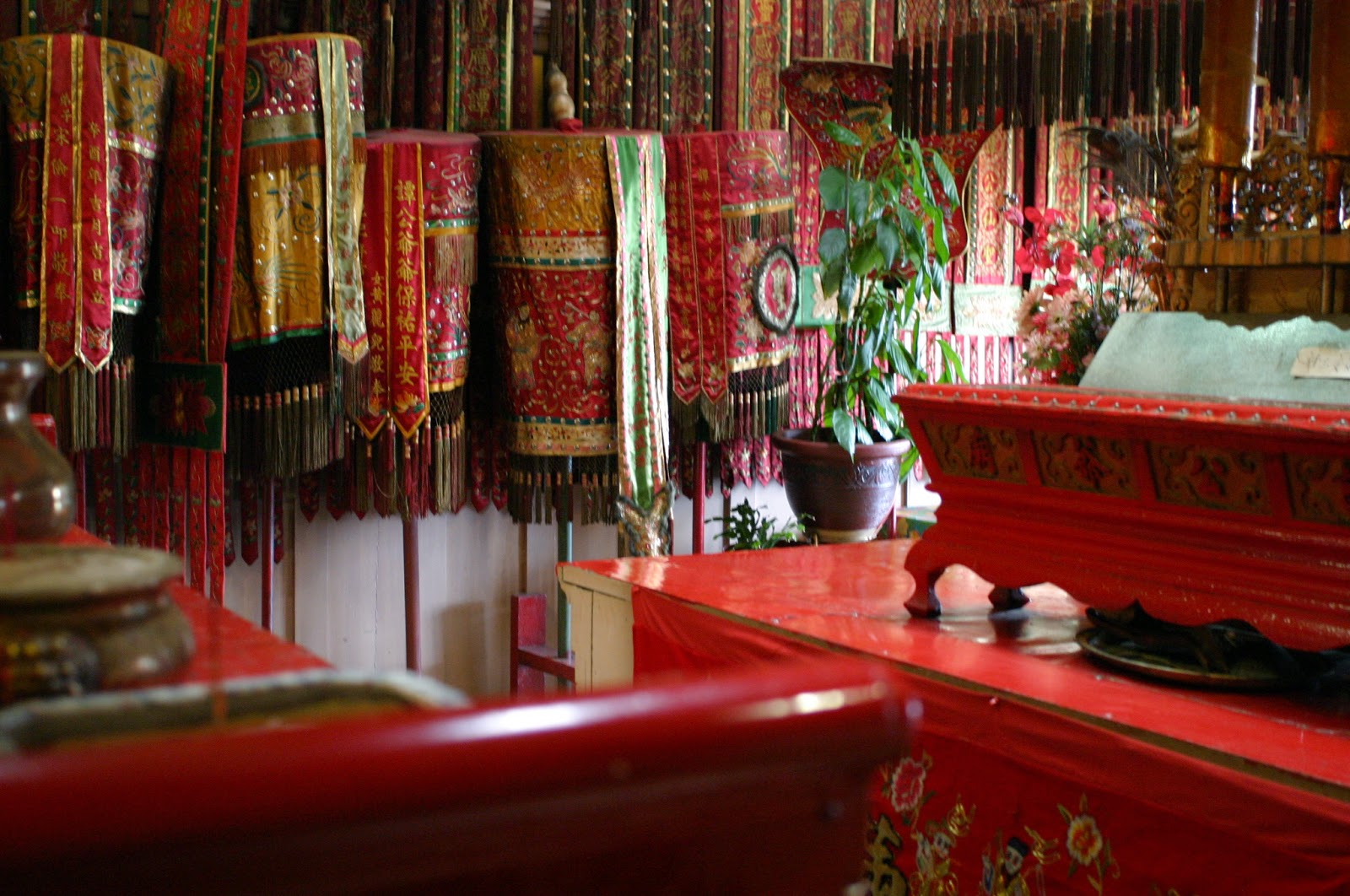 We visited the first and oldest Hakku temple in Canada founded in 1905. The Hakku are from northern China. Once again our tour guide painted a vivid picture of life around the temple, in the past and in today's life. Although the temple is not as important now in the day to day life of the Chinese it is important for family celebrations and maintaining a sense of history for the young.
After all this walking I was ready for dim sum. Sorry, I didn't take any pictures but it was delicious.
Posted by Sarah at 8:50 PM