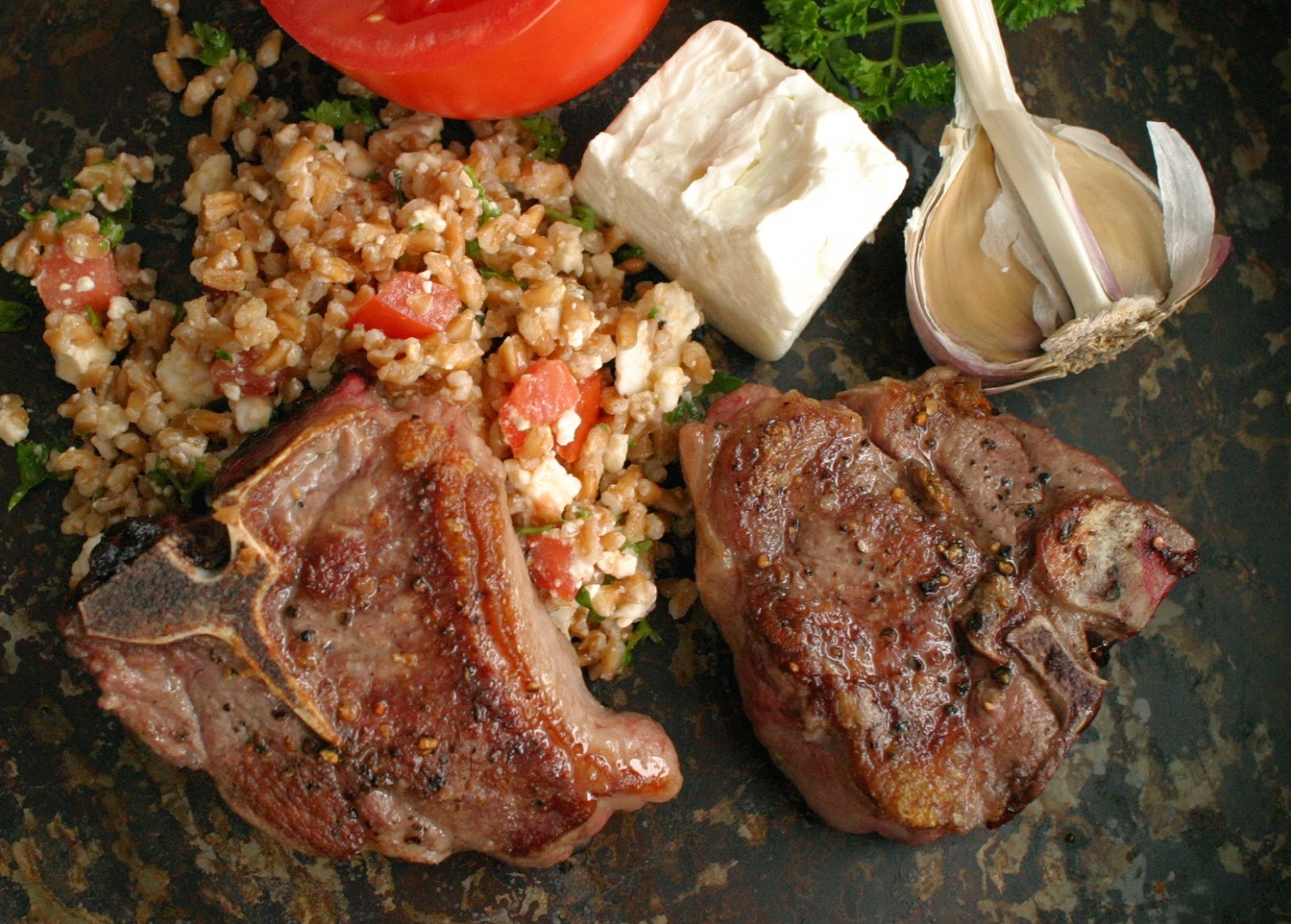 I have been intrigued with farro since I had it in a salad back in the spring while I was in Kelowna. The grains have a slightly nutty flavour and when cooked al dente add nice texture to the meal. However, it isn't easy to find farro. When I was in the city I visited the health food store and found a few packages in the sale bin. I wish I had purchased more than one.

Farro is an ancient grain that is popular in the Mediterranean. Finding exact details is about as difficult as finding the grain itself. Most information tells me it is an ancient wheat. One source says that spelt, emmer and einkorn are called farro in Italy. The difference mainly is the size of the kernel. These three grains are considered farro. So don't be surprised if the farro you buy today is a little different from the farro you buy tomorrow.

I cook this like I cook all my grains and rice, in plenty of water. I cook until almost al dente, strain it and place a clean tea towel over so it can steam for awhile. I like a clean grain so if it is still a bit sticky, rinse under cold water, strain and let air dry.

The lamb loin chops are simply seasoned with sea salt and freshly ground black pepper and seared in a pan with olive oil on both sides. Remove from pan and tent with foil for 10 minutes. Serve.

Cook farro as described above. When it is dry add the remainder of the ingredients and toss to coat. Serve.
Posted by Sarah at 1:22 PM