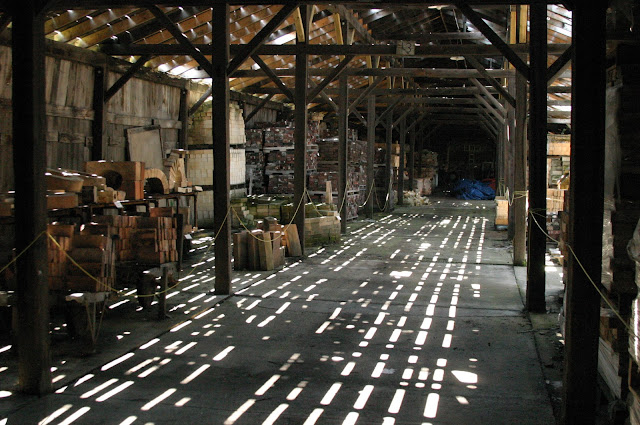 This part of the country has hidden surprises. They keep their treasures a mystery. The signage was minimal. In fact we drove right past.

The history is so fascinating. It began 35,000,000 years ago. Long, long ago before the ice age. The area was an inland sea. Different soils were laid in tidy layers. Fortunate for so many people, especially during the Great Depression, a very special clay was laid down here.

I say especially during the Great Depression because this was one of the few places on the Canadian prairies that you could find a job. Leafing through the 3-ring binder of registered employees reveals families that made this their profession, immigrants that found themselves in the middle of nowhere and others simply happy to have a job. The wages were low and the work was hard. 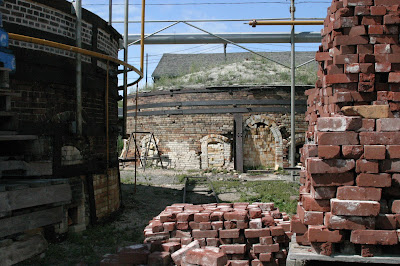 The Claybank Brick Plant opened in 1912 and was continued to be developed until 1937. It operated continuously until 1989.

The clay was a rare kind that was ideal for refractory bricks. These are fire wall bricks. They were used by NASA at Cape Canaveral. This was one of only two of this type of brick plants in Canada. They also produced face brick that graces the Chateau Frontenac in Quebec City and a myriad of other building across North America.

Upon closing, A.P. Green Refractories Canada offered the site to the Government of Saskatchewan. It became a National Historic Site in 1997. 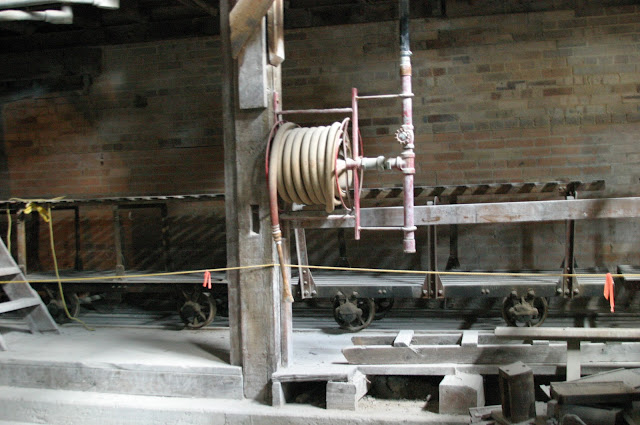 Today it is a quiet place to spend a sunny day. The bunkhouse is actually hardly my impression of a bunkhouse. It is a three storey brick building that house workers and other staff. Across the way you can see the entrance to an old root cellar. You can visit the on-site clay quarry.