A Drive in the Country #4 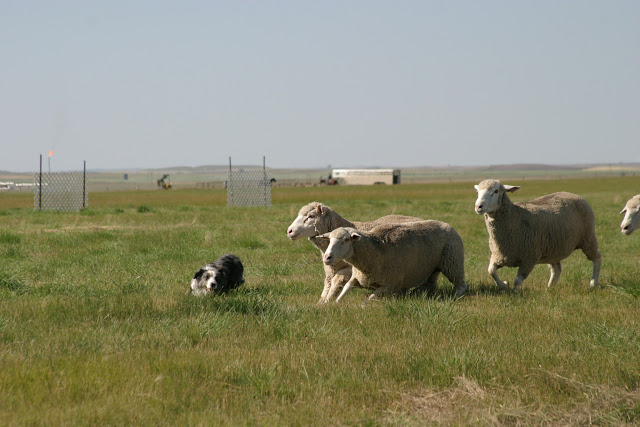 Shaunavon is a small southwestern Saskatchewan town.  Its biggest claim to fame is that it is the home of Hayley Wickenheiser, the Olympic gold women's hockey player.  That is pretty big fame in anyone's books, I would say. 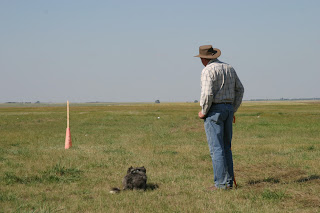 They also have begun an annual sheepdog trial event.  I love to watch sheep dogs.  I love to watch their spark and excitement about doing their job.  These border collies are amazing.  There had to be 40-50 of these beautiful dogs at the event.  And did they ever bark?  I don't think I have ever been anywhere with more than one dog when I didn't hear barking. 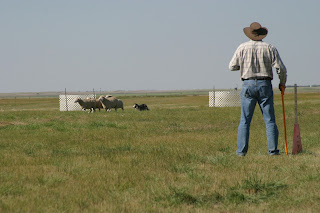 They thrive on their handler's love and mastery of the art.  I said to a co-worker today that I thought some of these dogs thought they were smarter than their masters.  He said, "Some?"  They are such intelligent animals.  Given the right conditions with proper training and affection, I believe they are next to human.  No, I would say that they have a better sense of the job than any human does.

So.... back to the story.  I went with a friend and her two grandchildren.  We had a great day.  It was so hot.  We got to cuddle babies who were still nursing.  And pet babies who were a bit bigger.  Learned a whole lot about herding dogs. 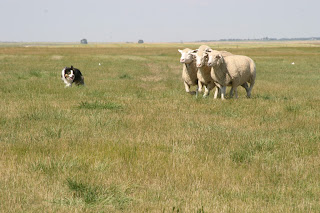 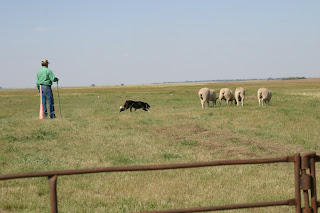 My only regret is in not taking more pictures of the wonderful countryside of fields, pastures, shelterbelts and sage.  Such a variety in a small area. 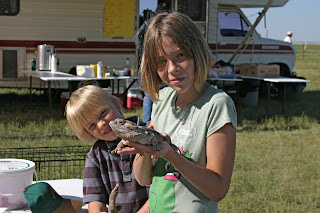 The local SPCA also had a couple of reptiles that Morgan had to cuddle.
Posted by Sarah at 7:53 PM