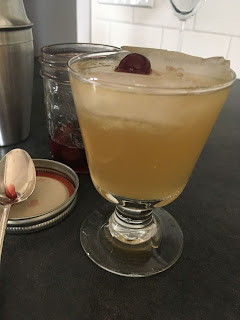 I realize I haven't logged onto my blog for about 3 years. Yikes. Just doing a test drive today. I have been following David Lebovitz as he takes us on a journey through his new book Drinking French. This isn't one of his cocktails but one I felt like making today.

Shake first 3 ingredients in a cocktail shaker half full of ice. Pour into a glass with new ice and garnish with a cherry.

Email ThisBlogThis!Share to TwitterShare to FacebookShare to Pinterest
Labels: cocktails 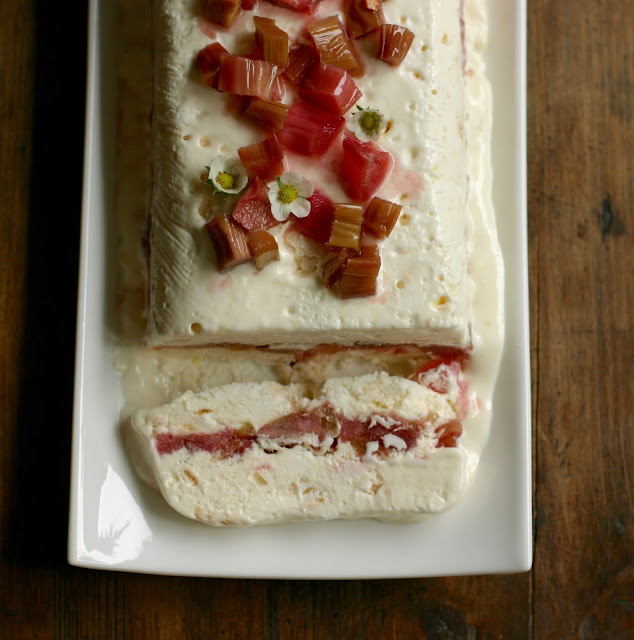 To serve, turn it out onto a serving plate and peel away the parchment. Decorate with any reserved rhubarb, the remaining meringue pieces and the candied ginger. Slice and serve immediately.
Posted by Sarah at 5:39 PM 80 comments: 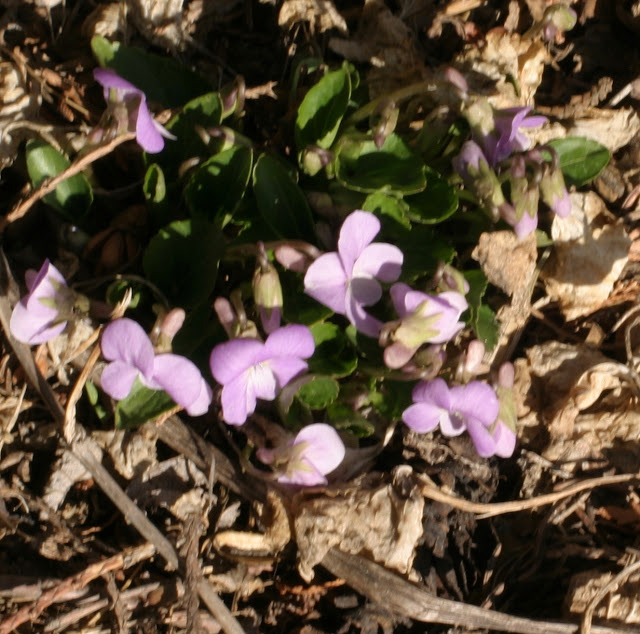 I remember that as a child violets were one of my favourite flowers. We most often found them growing in virgin prairie grass in wooded areas. They are such a delicate sweet flower.

Years later I found candied violets at Harrod's in London and purchased a little packet of them. I don't know how you can even compare these hard candies to the delicate woodland flower. I tried to love the candies but I couldn't.

About seven years ago I moved back to Saskatchewan and purchased a little 1960's bungalow in a mature neighbourhood of a small prairie city. To my delight violets were growing in my backyard. That is the first time I candied my own. They have a delicate flowery fragrance that carries well through drying. 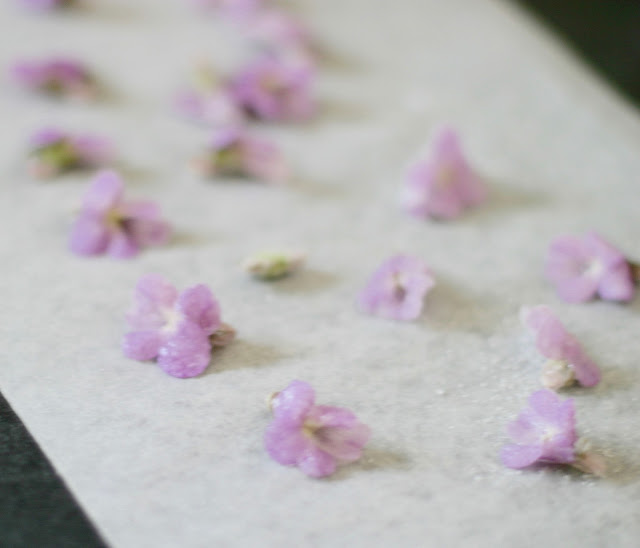 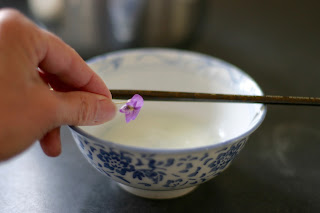 Pick the violets with their long stem. Be sure to pick from an area that has not been sprayed with chemicals. 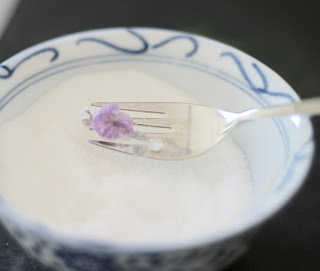 Dip the flowers into the egg mixture by holding onto the stem. Gently remove any excess egg white with the artist's brush. Clip the flower from the stem with scissors and drop it into dish of sugar. Coat flower with sugar and place on parchment paper to dry.

Dry completely, about 24 hours. Store in an airtight container for up to a month.

Use as a garnish on cupcakes, cakes and ice creams and other desserts. They are edible.