October 18...Anniversary for Women as Persons in Canada 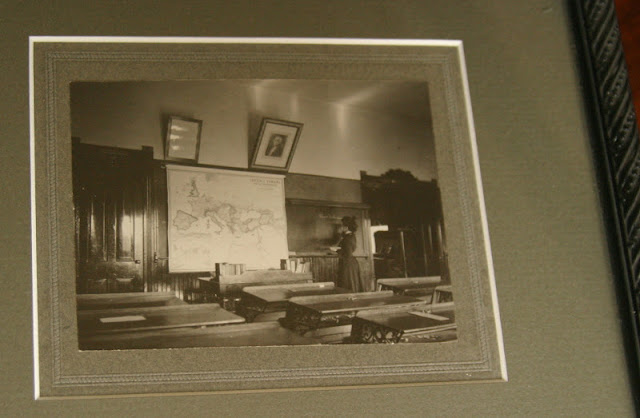 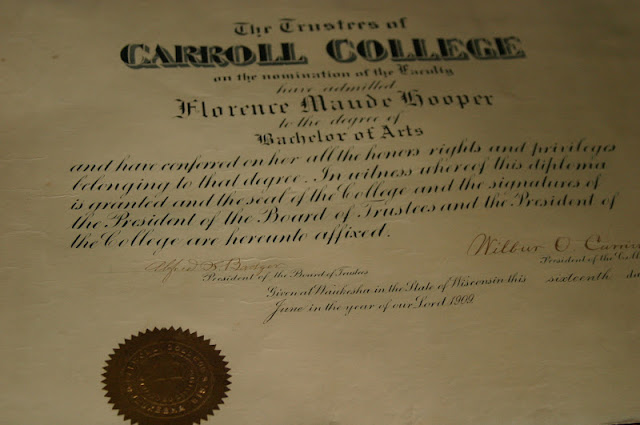 “We are not here to beg for a favour but to obtain simple justice. Have we not the brains to think? Hands to work? Hearts to feel? And lives to live?” (Nellie McClung)

I was in university during the Burn the Bra era and soon the Status of Women Action Committee was formed. It was a time of wanting equality in all aspects of life and work. It was a time to claim ownership of our own bodies. It was a time when we were thinking we could change the world.

At that time I had no concept of the brave and tenacious women ahead of me. My own grandmother graduated from Carroll College in Waukesha, Wisconsin in 1909 with a Bachelor of Arts.

My grandmother has always intrigued me more than any other person in my family. Perhaps it was the mystery of having known her only through her university and teaching pictures and her personal scrapbook of poems and clippings that captured me.  She died when my father was only 20 years old.

Writing this article has made me aware of how little effort I spent getting to know her. Now it is very difficult for me to piece together the puzzle of why she was so fortunate to attend university. Was it, as my father thinks, because she wanted to? Her family was not wealthy but was devout.  Akin to the Ivy League colleges of the east established by the Puritans, Carroll College was begun by the Presbyterians.  What was her mother like? Was her father a feminist in his time?

She was a teacher in both Canada and the U.S. After marrying, she was very active in the church, community and loved the arts. For 9 years she was the local correspondent to the Regina Leader Post. I wonder how an active and intelligent woman like this would be reacting to what was happening in the women’s movement of the time.

Voting but Still not a Person
Women’s suffrage is not unique to Canada and the United States. Rather each country has its own story. The isolation and lack of opportunities for women are almost universal. With Canada being a colony, women came from their own countries and brought experiences hoping to improve life in their new world.

The suffragette movement struggled in Canada and other countries. Then with the outbreak of World War I in 1914, and the enlistment of men in the armed forces, women had entered the work force in unprecedented numbers and their role in the country’s economy could no longer be ignored.

On 28 January 1916, Manitoba became the first province in Canada to extend the right to women to be elected to a seat in the provincial house. A series of measures between 1917-19 declared the women of Manitoba are now citizens, persons, human beings, who have stepped politically out of the class of criminals, children, idiots and lunatics.

By 1925 women could vote provincially everywhere except Quebec, where fifteen more years would pass before the right was granted.

Finally Women are Persons
Much work was done by many women through a range of organizations as the Temperance Union, several women’s suffrage groups, and lobbying husbands and colleagues with mock parliaments, skits and plays and the like.

In 1929, after two years of legal debate, Canada’s highest court of appeal declared that the word ‘person’ included both women and men. Five Alberta women who became known as the Famous Five had brought the case before the courts in 1927. The case became known as the Persons Case.
Posted by Sarah at 9:20 PM

Email ThisBlogThis!Share to TwitterShare to FacebookShare to Pinterest
Labels: women