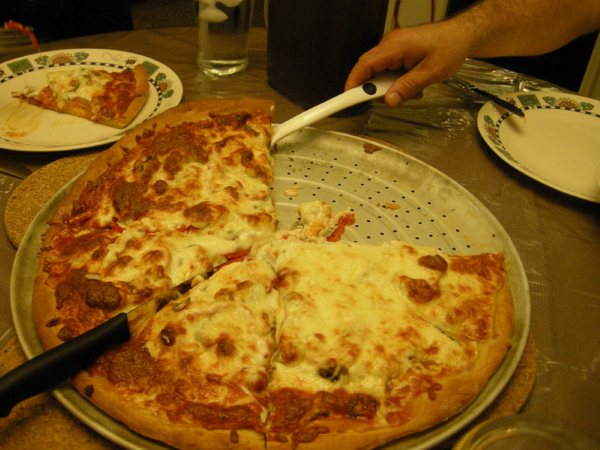 I spent the weekend visiting my sister and her husband and family in Regina.

Regina, the Latin word for "queen," was originally called Pile O'Bones. When it became the capital of the Northwest Territories in 1882 it was renamed Regina after Queen Victoria, the mother-in-law of the Governor General, the Marquess of Lorne. Regina was incorporated as a city in 1903, and was designated the capital city of Saskatchewan when Saskatchewan became a province in 1905.

So now that you have had your history lesson, I can proceed.  I went into the city to pick up light fixtures for my home renovation project.  It was so nice to be able to visit with my sister who has spent the past two and a half years in Nunuvut.

We were at lunch at the Fainting Goat when she asked me if I had my camera!  I was rather embarrassed to admit that I forgot to bring it along.  The Fainting Goat, by the way, was a nice little restaurant with Middle Eastern menu choices.  Ashley said the Tikka M'something Flatbread was "delicious"!  So when a teenager says something is "delicious" it is so!  We had a great lunch. 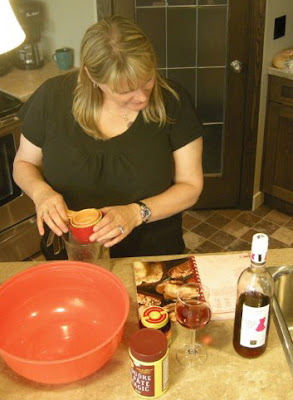 Dinner was at home.  My sister, Gloria, made pizza.  Well, it was the best homemade pizza I have ever had.  I took her little 'snap and shoot' digital camera to document the preparation.  The pizza dough recipe was from Jean Pare's Company's Coming - Breads cookbook.  It was different from what I have seen because it was a blend of a traditional yeast dough and a biscuit dough.  There was yeast and baking powder.  The result was amazing.  It was ideal for a traditional meat and cheese pizza.  We also added fresh tomatoes, mushrooms, red peppers and onions.  It was so crispy and tasty.

Measure first 5 ingredients into a large bowl and mix. 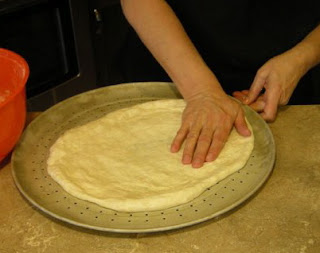 Add cooking oil and warm water.  Mix well.  Turn onto a well floured board and knead 30-40 times until smooth and elastic.

Oil two 12 inch pizza pans.  Divide dough in half and pat and stretch the dough to fit the pans.  Bake at 425F for 15 minutes.  Remove from the oven and add your favourite toppings, starting with tomato/pizza sauce.  Bake at 425F for another 10 minutes.  Let stand 5 minutes before serving.


You will probably notice an interesting bottle of wine in most of the pictures.  What is cooking without wine!  It was called Girls Night Out and is a VQA wine from Ontario.  It was yummy!  And so appropriately named.  Only, Ashley had to enjoy her grape soda along with us, but kudos to a 14 year old for hanging out with the 'old ladies'. 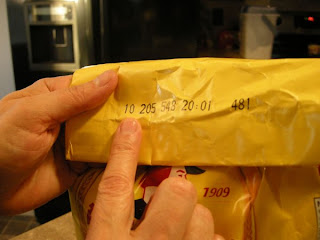 And I also learned something new.  Flour is dated.  See this bag of Robin Hood flour.  It has a 10 for the year 2010.  The next number is 205 for the 205th day of 2010.  You know exactly when this flour was bagged.  Fresher flour is better so now I know how to check this before purchasing.  Never knew that!  Thanks Gloria!
Posted by Sarah at 9:51 PM