Drive in the Country #6

Most of my drive was actually on the Trans Canada Highway!  I drove into our capital city this weekend for a bit of shopping and a visit with one of my sisters. 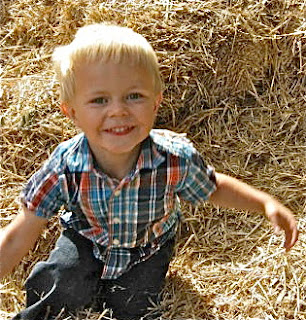 The weather was beautiful autumn weather.  But silly me, I forgot my camera.  My pictures are from the kindness of my sister and her husband. 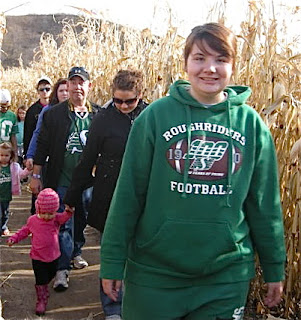 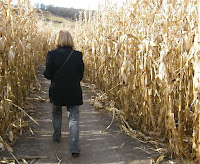 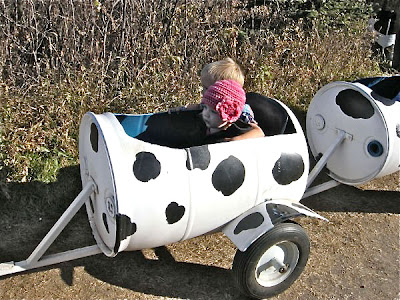 We took their grandchildren into the Qu'Appelle Valley to a pumpkin patch and a corn maze.  This is a short drive north of the city. 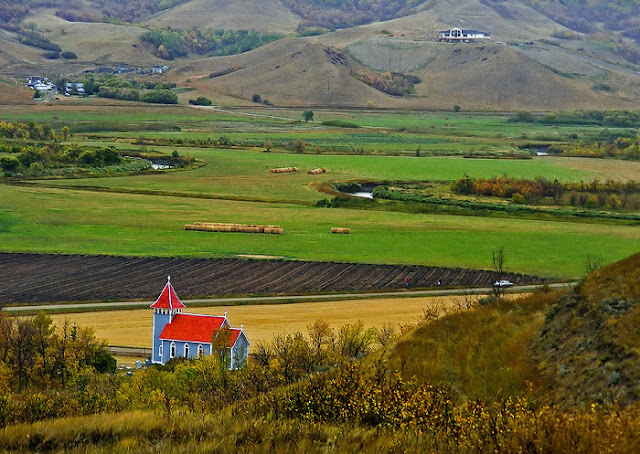 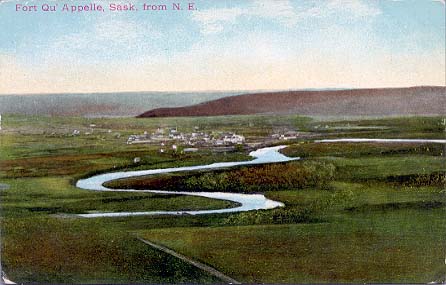 The Qu'Appelle River and Valley derive their name from a Cree legend of a spirit that travels up and down it. The aboriginal people told the North West Company trader Daniel Harmon in 1804 that they often heard the voice of a human being calling, "Kâ-têpwêt?", meaning "Who is calling?" ("Qui appelle?" in French). They would respond, and the call would echo back (there is a strong echo phenomenon at Lebret).  E. Pauline Johnson, the half-Mohawk poet, whose "work was well received by critics and was popular with the public during her lifetime, but faded into obscurity after her death,"[2] and who made speaking tours of Canada, the United States, and England between 1892 and 1909, learned of the legend and elaborated upon it with Victorian sentiment. In her version, a young Cree swain heard his name while crossing one of the lakes and replied, "Who calls?" Only his echo could be heard (hence Echo Lake), and he realized it had been his bride-to-be calling out his name at the instant of her death.   (from Wikipedia)

E. Pauline Johnson's poetry taught me the meaning of onamatapoeia!  That is the talent of using words that sound like what you are describing, such as water lapping on a shore.

The folksinger and activist Buffy Saint-Marie was born on the Piapot Cree Reserve in the Qu'Appelle Valley. One of her songs is entitled "Qu'appelle Valley, Saskatchewan".   One of her best known songs is Univeral Soldier.

There is another little history lesson.


All too soon it was time to drive home to Swift Current.  The day was lovely.  Driving through the farmland, it was so nice to see that most of the crops have been harvested.  Dust hung in the air as trucks travelled down gravelled roads and combines were in the fields.  Hundreds of birds were flocking and readying for their long journey south.