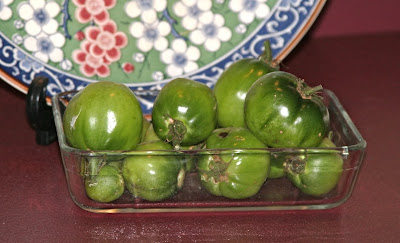 I just can’t bear to waste anything.  The growing season is over and there are still lots of little green tomatoes on the vine.  Also, lots of little green peppers.  What a stroke of luck to find a recipe for a relish that uses both.
The recipe was intriguing because it uses a step that is also in my tomato salsa recipe.  The finely sliced tomatoes are left to sit for 12 hours with coarse salt.  This draws out the moisture so that the relish won’t be too watery.  When the water is poured off, the salt goes with it.  It is quite the trick.  I tried some of this relish on my roast chicken, prosciutto and cheese sandwich.  It was great! 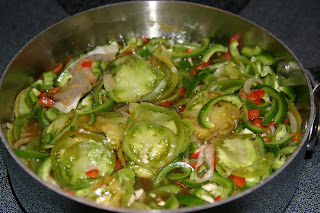 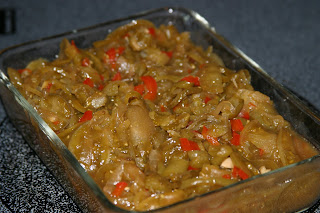