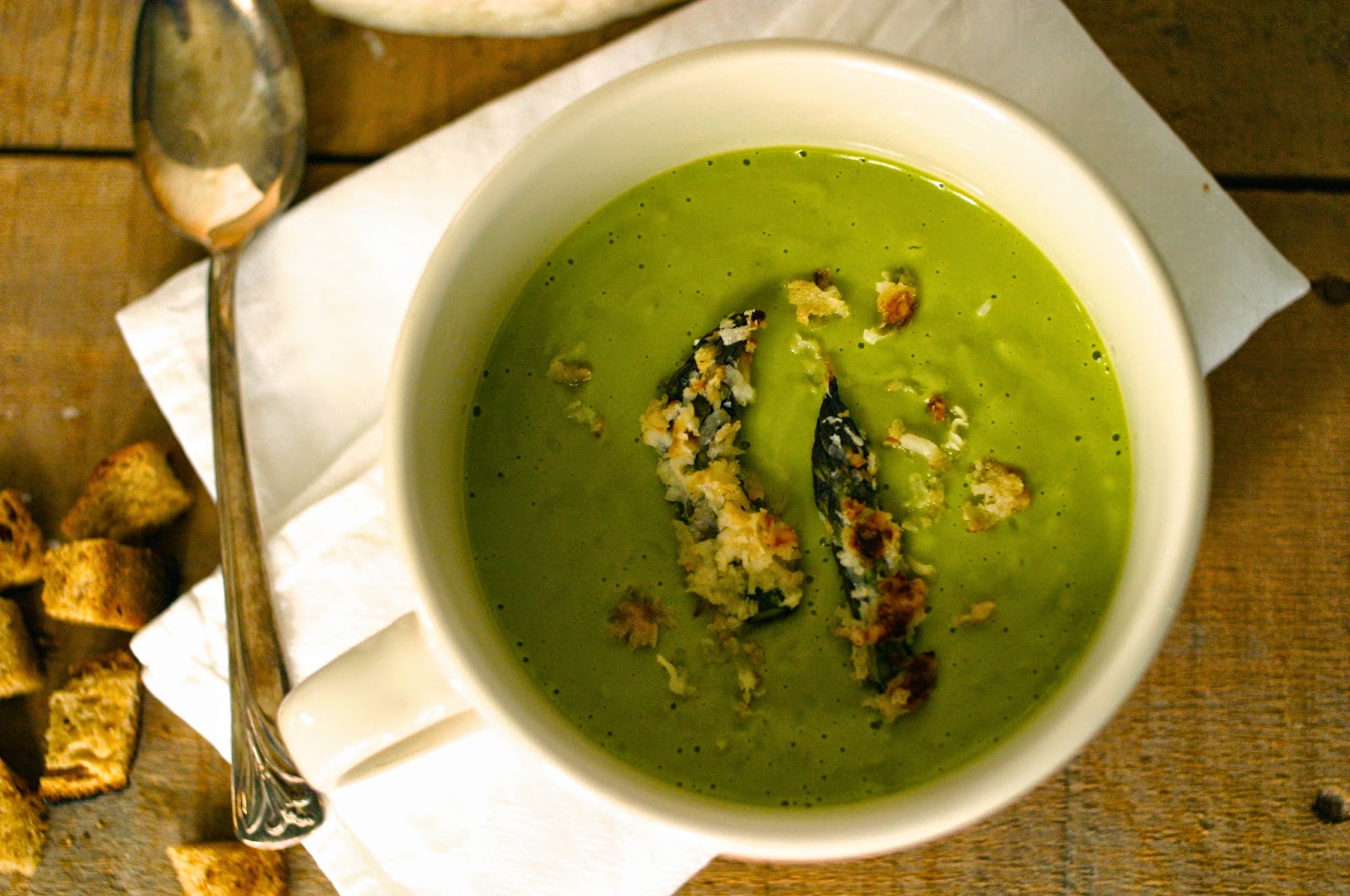 It's a lazy day in the kitchen. I am cleaning the refrigerator in anticipation of my trip out of town. Odds and ends of vegetables were juiced. My thinking is that they might be consumed faster if I drink them! A couple of my jars of honey have solidified. They are sitting in hot water to return to liquid state. And I am waiting for some sunlight, which may not happen today, because I want to take pix of my asparagus soup.

I spent Saturday testing rhubarb recipes. My own rhubarb in the garden is just poking through the earth so I purchased from the grocery store. The problem with writing is that you need seasonal ingredients before they are in season. When the newspaper hits the mailbox home cooks will have an abundance of it and looking for recipes.

Initially I planned to feature 'spring flavours' including asparagus. I soon realized that both can't be covered properly in 1100 words. Asparagus will have to wait for next year. However, I tested a few asparagus recipes and photographed them. I am sharing one now. This soup brings back memories of 3 young women who, while cycling across Canada, spent 2 nights with me last summer. We had a wonderful dinner together and they made a delicious and rich asparagus soup for us.

Today's soup is a simple purée and employs a velouté sauce rather than a cream sauce as its base. Velouté is one of Escoffier's five 'mother sauces'. Can you name the other four? Wait, do you know Escoffier? Auguste Escoffier was a French chef and restauranteur and a leader in updating and modernizing French cuisine in the 1920's.

Back to the sauces. Escoffier considers these to be the 'mother sauces' from which all else is derived - tomato, Hollandaise, Béchamel, espagnole and velouté. Velouté is the adjective form of velour meaning silky smooth. This is a silky smooth sauce made with a vegetable, fish or chicken stock where the bones have not been roasted. It is a light sauce.

The thickening for the sauce is a blond roux. A roux is made with equal parts fat and flour. The fat, in this case butter, is melted and the flour added. It must be cooked out a little so there is no starchy flavour but a blond roux has no colour. Only cook until bubbly and do not let the flour become brown.

These sound so gourmet but when I grew up on the farm my mother always made a roux to thicken gravy and make sauces. A white sauce was common. Milk is used rather than stock. We even occasionally had a brown sauce. The roux is cooked longer to develop a brown colour and stock is added. I can't remember exactly but I think this was a gravy when we didn't have any meat stock. Unlike the Americans, Canadians don't like white gravy. 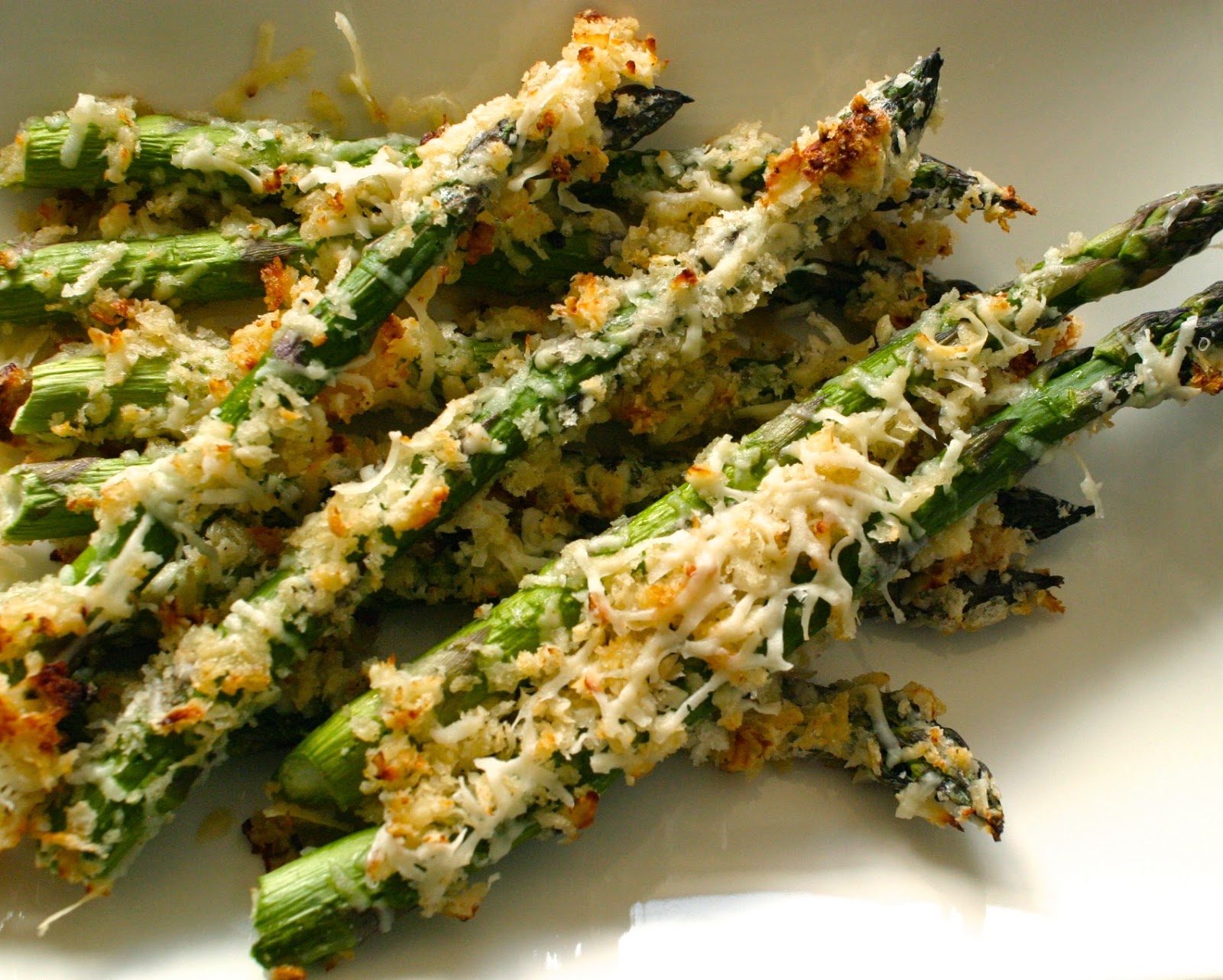 Parmesan Crusted Asparagus  from Cook's Country is another recipe I tried today. It's delicious. I chopped off some asparagus tips to use as a garnish for this soup.

Trim woody ends from asparagus. Roughly chop reserving a few tips for garnishing. Toss asparagus, celery and onion in olive oil, season with salt and pepper and roast in 375 F oven for 5 minutes.

Melt butter in saucepan. Add flour and mix well. Cook until bubbly but not browned. Slowly whisk in stock. Bring to a boil while whisking. Remove from heat and set aside.