Back in the early 1970's Canada adopted the Metric System of measures and a whole new era began in Canadian kitchens. At least that is what we felt back then. In the early 1980's the Canadian Home Economics Association took it upon themselves to write a cookbook embracing and showing leadership in using metric measures in the kitchen.

I can honestly say this is the only Canadian cookbook I have ever seen that is entirely in metric. I wonder if we actually believed our ovens would display Celsius?

We all know the outcome. Imperial measures are still primarily used in the kitchen. My volume measures such as cups and spoons are dual. My kitchen scale can be read in both Imperial and metric but the oven is solidly Imperial. Hence, the Celsius oven temperatures in the book are quite useless.

As I thumb through the recipes of each province I see common threads. Bread. We all have some traditional form of bread, quick bread and pancake. Apples. Every province with the exception of Newfoundland & Labrador and, if you can imagine, British Columbia have recipes using apples. My how times have changed.

I am making an apple recipe that my Mom used to make quite often. We loved it. There is always a tug to update and modernize but I have decided to make it exactly as I remember it. We never had ice cream in the fridge freezer. We never had a sabayon or a vanilla custard. It is simply and deliciously an apple. 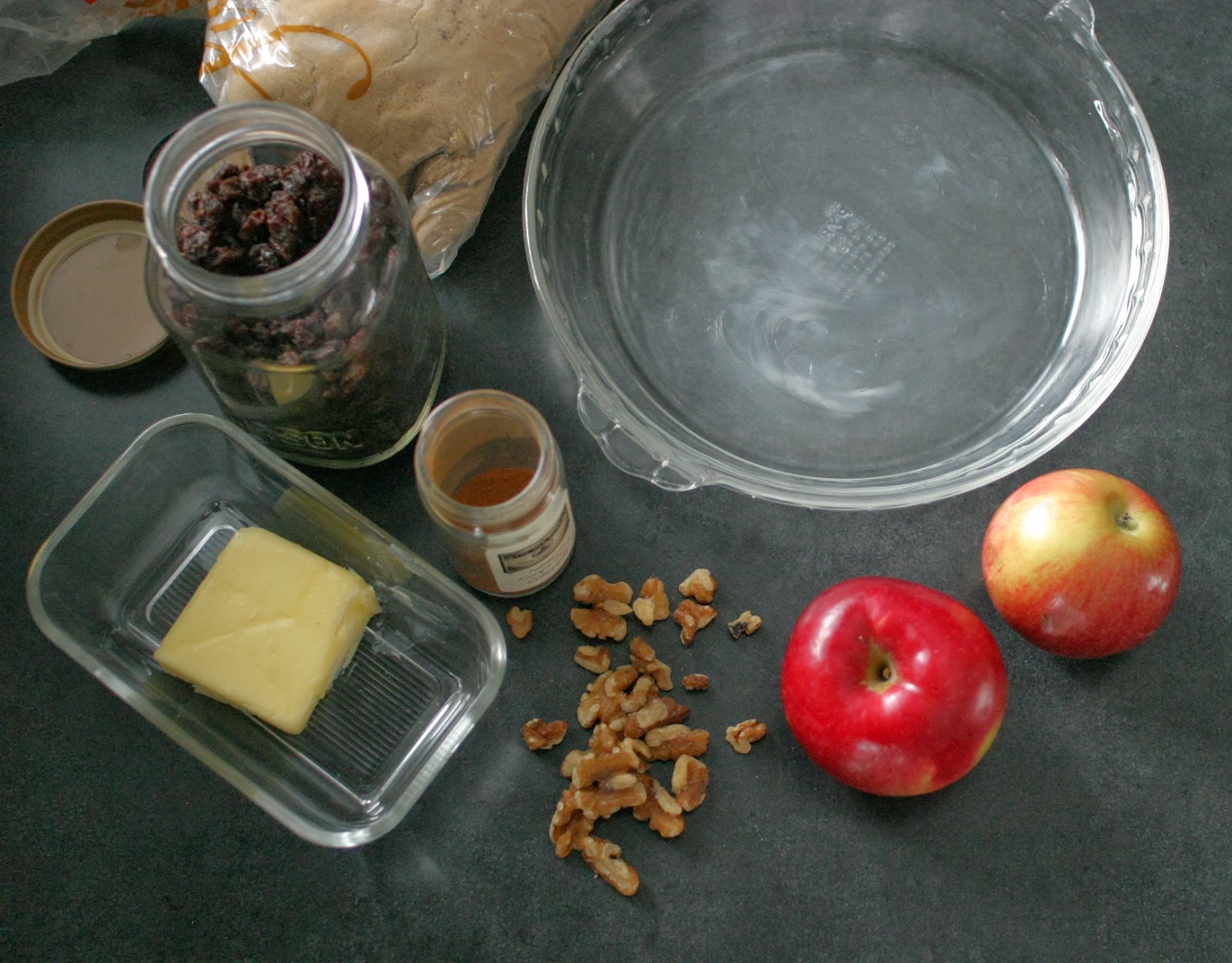 This is my contribution to the Canadian Food Experience. Check out the other bloggers cooking along.

Core the apples and place in a buttered baking dish. Fill each apple with a mixture of brown sugar, raisins, and walnuts. Pack the filling firmly. Generously dust the apples with cinnamon. 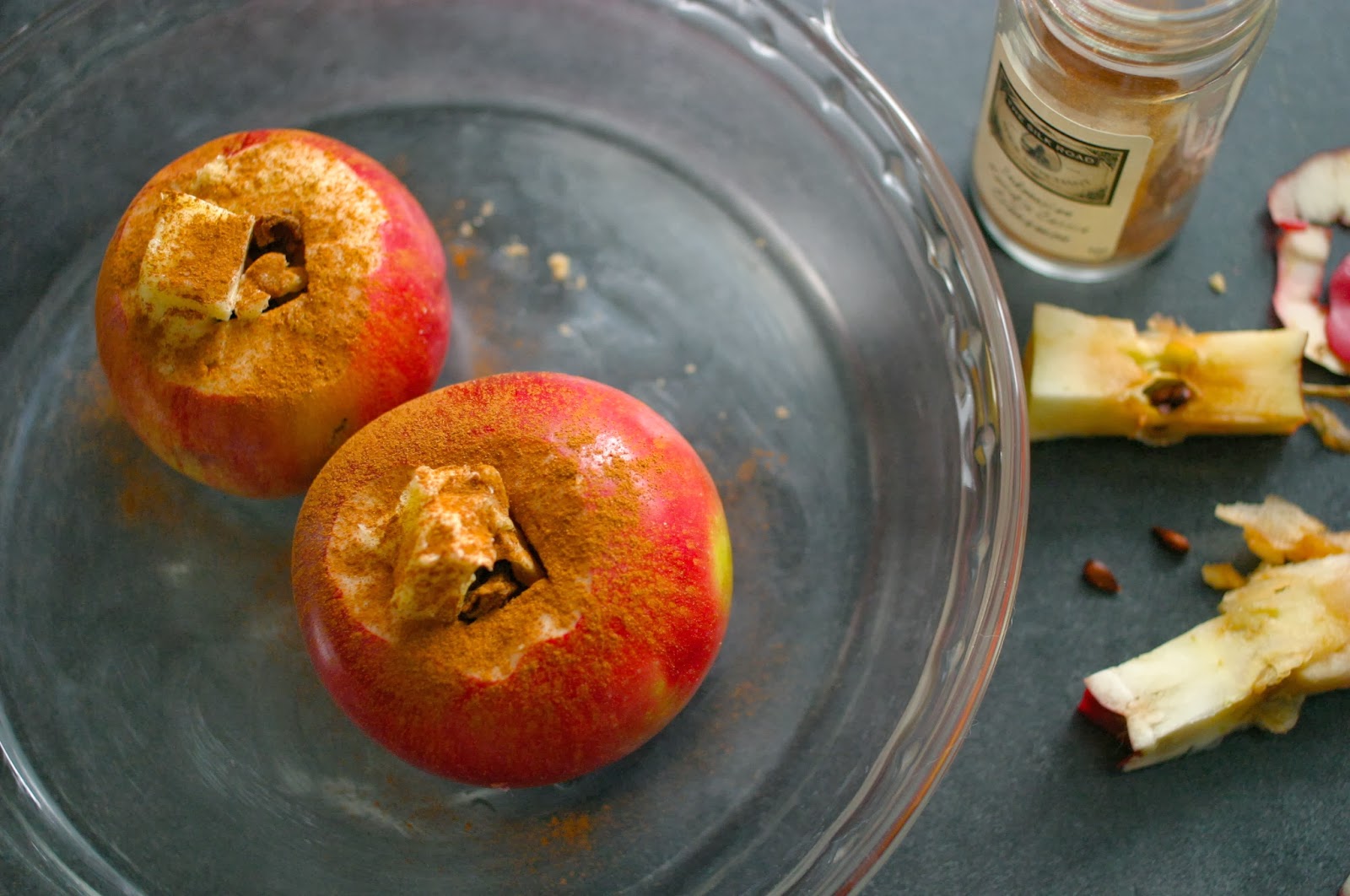 Bake at 350F until tender and bubbling, about 30 minutes. Serve while warm.