Hunting Season and I Scored Some Pheasant 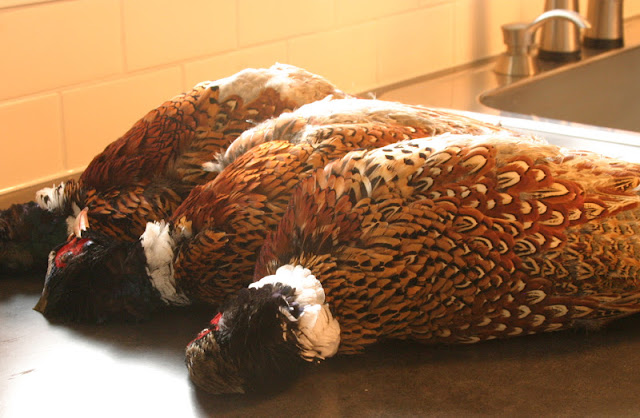 It is nice to have friends who hunt. Kim and her husband actually raise pheasant to be released into the wild.  Her husband is also a hunting guide. As a result of the guiding, they often have more pheasant than they can eat before freezer burn sets in. So lucky me! I put in my offer to help them eat their pheasant and today when the phone rang it was the farthest thing from my mind.

It was lucky because I was home today and I was also caught up in getting ready for the market on Saturday. I was so happy that I had made my Saskatoon Berry and White Chocolate scones and I sent Ron home with a dozen.

These are wild pheasant and not ones that were released. You can tell because the farm raised and released are banded on their leg. 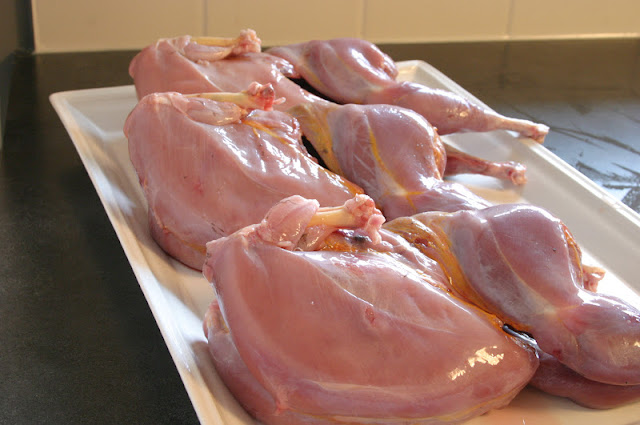 I have never cleaned a bird before but Ron gave me a quick lesson. Don't look too closely at the wings! I can hardly wait to make these lovely birds into something extraordinary. I kept the livers and hearts, too. I was amazed to hear that most hunters simply 'breast' the bird and discard the legs and thighs. I believe in utilizing as much as possible.

I have dreams of crystal clear pheasant consommé, braised pheasant with madeira, a lovely pheasant stew with risotto, pheasant pot pie and a wild pheasant terrine. Hmmmm....what should I make first?