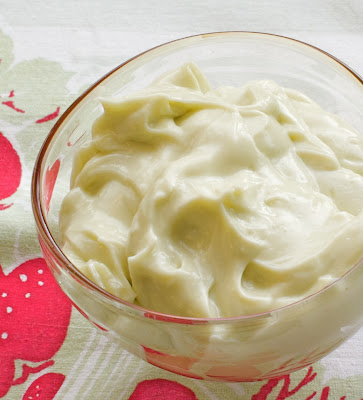 I have not made mayonnaise in years, but what I do remember is that it was very easy.  As a result, I guess I just did not pay much attention to detail.  Previously I made it in a blender and it was a snap.  I don't have a blender right now so I thought I would try it with my hand mixer.  Disastrous!  It was just a mixture of oil and egg yolk and flavourings with no emulsion forming.

Rather than just toss it, I wanted to see if I could remake it successfully.  I did!

It was very simple.  I used one egg yolk and the oil mixture from the failed mayonnaise.  I left them both sit at room temperature for an hour or so.  It is critical that they both be at the same temperature.

Then I simply whipped the yolk by hand with a whisk.  Gradually, and I mean gradually, add the oil mixture.  I started with about a half a teaspoon and very gradually increased the amount of oil when the mixture was emulsified.  Eventually I was able to add by tablespoonfuls but I did not take a chance on a quantity larger than this. 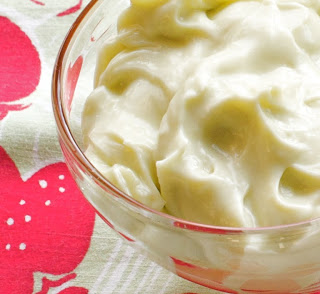 It didn't take very long to produce a nice thick and creamy mayonnaise.  Store in an airtight container and chill.  Homemade mayonnaise will keep for about 3 weeks.

I will also share my recipe.  However, I am including the instructions for making it in a blender or food processor.  Alternatively, I would make it by hand with a whisk.

Place yolks, salt, mustard, sugar, pepper, and 3 teaspoons lemon juice in blender cup or work bowl of a food processor fitted with the metal chopping blade, and buzz 15 seconds (use low blender speed). Now, with motor running, slowly drizzle in 1/4 cup oil (use moderately high blender speed). As mixture begins to thicken, continue adding oil in a fine steady stream, alternating with remaining lemon juice. Stop motor and scrape mixture down from sides of blender cup or work bowl as needed.
Posted by Sarah at 8:00 AM

Email ThisBlogThis!Share to TwitterShare to FacebookShare to Pinterest
Labels: condiments