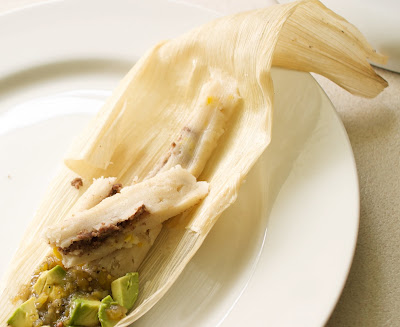 I have been itching to make tamales.  I have the masa, the corn husks, the chipotles and the desire!

I came across an interesting post for some nut butters that can be purchased.  One flavour combination appealed to me and that was a spicy chipotle pecan butter.  I am attempting to recreate this butter and using it in a Tex Mex style tamale.  I thought that sweet corn would complement the spicy and nutty flavour of the butter filling.

If using fresh corn on the cob, grill on a barbecue until tender.  With a sharp knife, cut all the kernels off the cob.  If using frozen corn kernels this step is not necessary.  Place the corn in a food processor and pulse two or three times to slightly break up the kernels.  Set aside.

Combine masa mix, baking powder and salt in a bowl.  Work in the water or broth using a stand mixer, if possible, or otherwise your fingers to make a soft, moist dough.  Beat this masa mixture until it is light and smooth and resembles a cake batter.  Stir in the corn.  Let sit for 20 minutes. 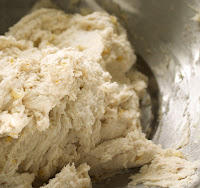 In another bowl, beat lard or shortening until fluffy.  If you have a stand mixer, this is ideal.  Beat it until very light and fluffy and until it almost triples in volume.  This will ensure a light tamale.
Slowly add the whipped lard to the dough a little at a time and mix in gently until well combined.  Refrigerate until you are ready to use it.  At this point you can test the dough to see if it has been beaten enough.  Drop a small amount, about the size of a raspberry into a glass of cold water.  If it floats, you will have a light and fluffy tamale. 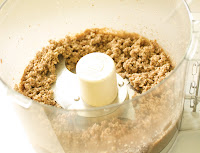 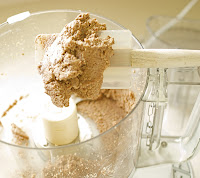 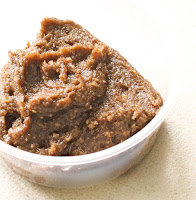 Puree the pecans until a butter is formed, about 3 minutes.  Chop the chipotles into small pieces and add to butter.  Continue to puree until they are very finely chopped.  Add salt to taste.


To assemble the tamales:

Repeat this until all of the masa mixture is used.

Steam the tamales for 45 minutes in a large pot.  Use a rack to keep the tamales out of the water so they are just steamed.

Email ThisBlogThis!Share to TwitterShare to FacebookShare to Pinterest
Labels: Mexican, nuts, side dish