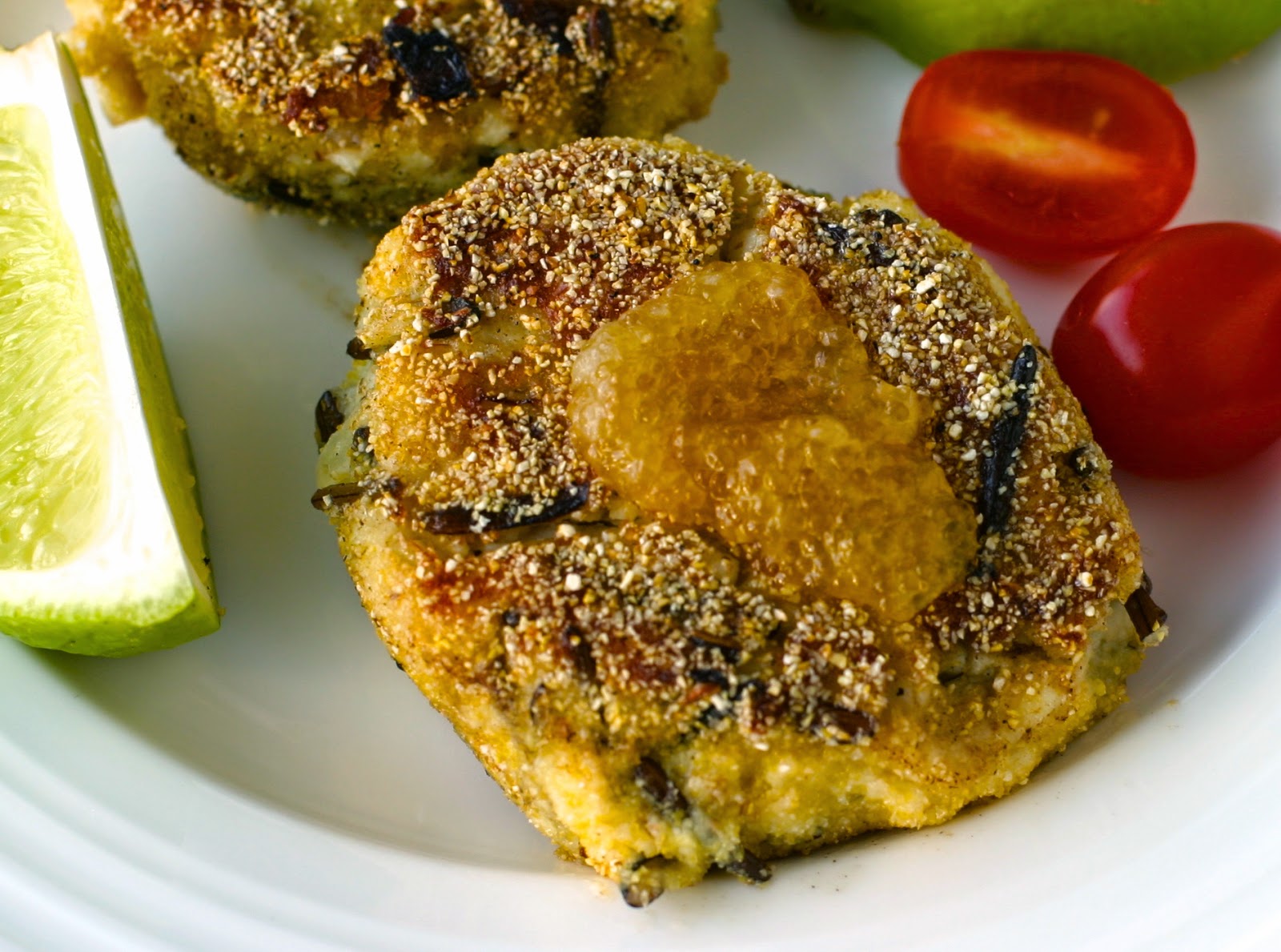 When I was growing up on the prairies northern pike was irreverently called jackfish. It was not the fish anyone wanted to catch and often they were thrown back. This fish grows to large sizes and if a trophy is your goal then this was the one to snag. They live in shallower waters and swampy areas which some say is reflected in the flavour.

But it seems that times are changing and they are now considered more favourably.

The picture above shows a dollop of roe atop the fish cake.

During the Christmas season one of my nephews enjoyed a bit of ice fishing during his university break. He generously shared two nice sized northern pikes with me. He left them whole, still in their slime, and tripled bagged them. Almost two months later these fish were as fresh as the day they were caught. I have never frozen them using that method but it was very effective. 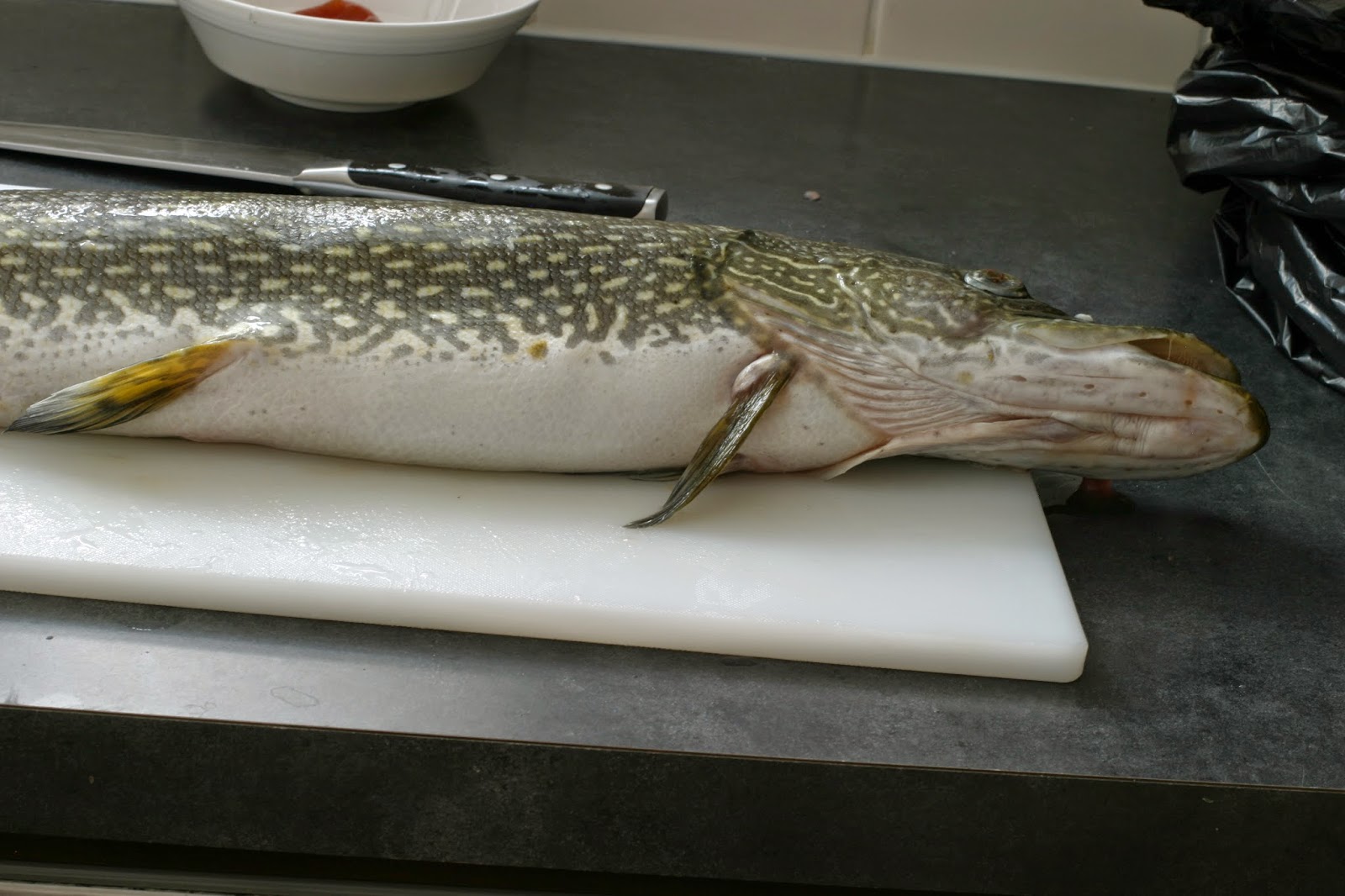 Filleting was also just like fresh. This is a very bony fish. To fillet it without getting bones results in wasting a lot of the flesh. 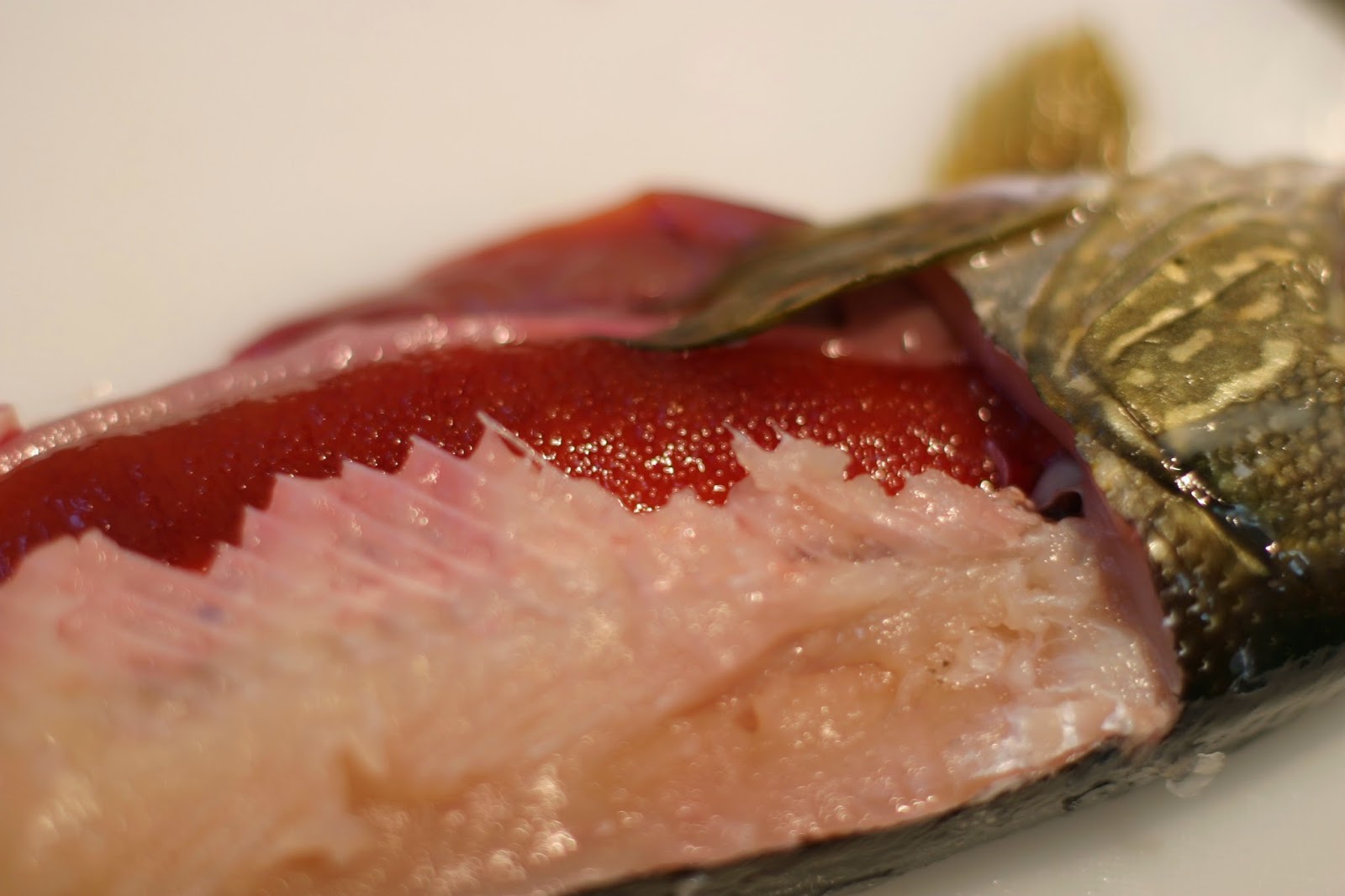 As I filleted the first fish I found it was full of roe. What a bonus. I like little treasures like this to push my culinary comfort level. Second fish was also full of roe. Double bonus. My first and only thought was to brine them and use raw.

I had never thought to flour and fry the sac in butter. Turns out two of my respondents on Facebook suggested that. One was my aunt whose husband, Doc, was a legendary fisherman. She preferred them floured and fried in butter to the fillet itself.

I used a recipe from Hunter Angler Gardener Cook to attempt a brine cure of the roe. My experimentation was a good learning experience. The sac enclosing the roe is much stronger than I expected. The roe are tightly attached and there are quite a few lost while trying to remove the membrane. It doesn't take very long to cure them in the brine. Shelf life is short, only a week. Pike roe are very tiny and don't have the dramatic effect of a larger roe and have very little flavour. I will try the pan fried method next time. 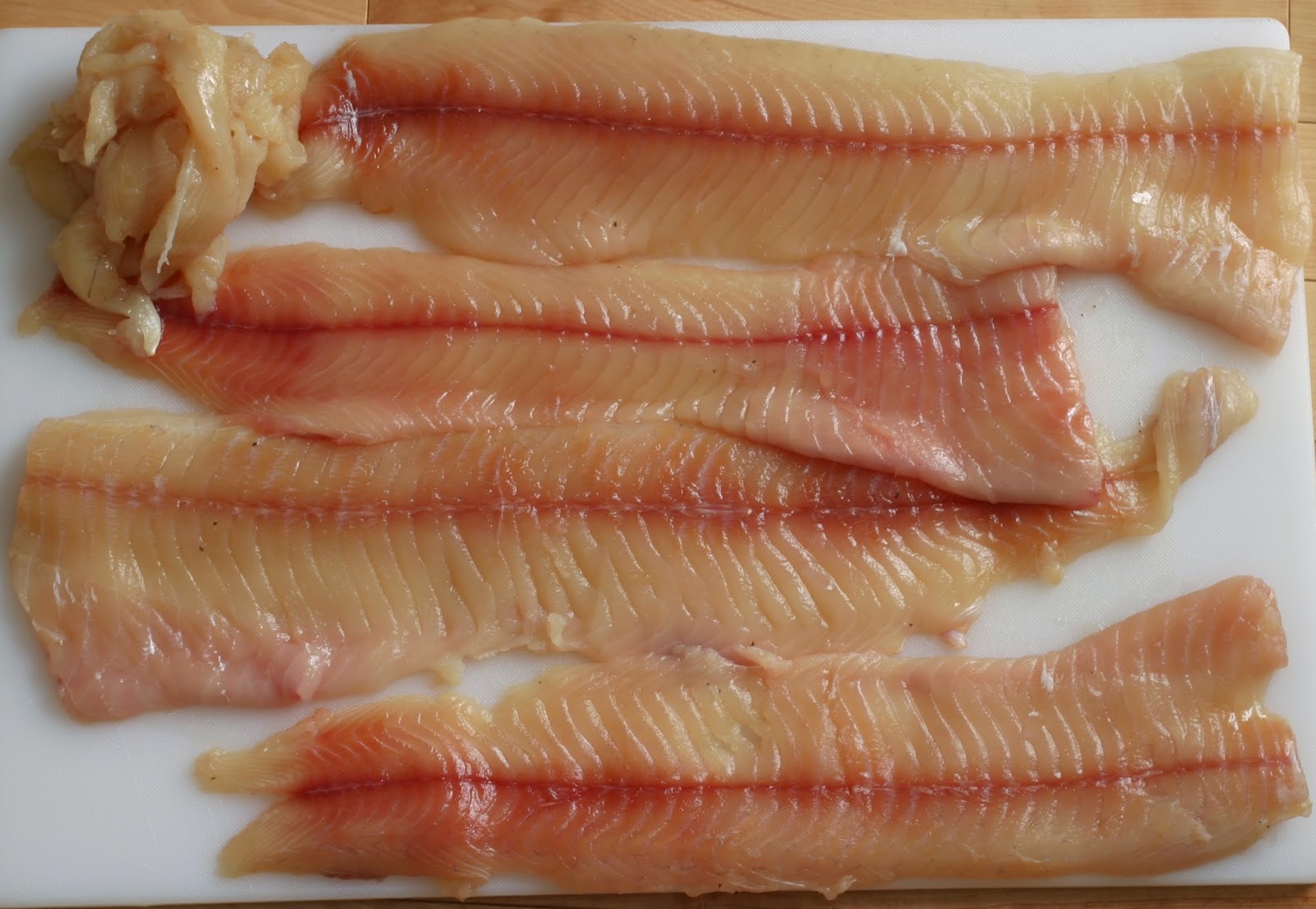 Combine the fish, ptatoes and wild rice in a large bowl. Mix the remainder of the ingredients in another bowl. Add the sauce to the fish mixture and mix with hands until well combined.

Form into patties. Roll in cornmeal. At this point the patties can be placed on a baking sheet and frozen. Package in a freezer bag and use as needed. Fry in hot oil until the outside is crispy and the inside is hot. Serve with a green salad and an herbed aioli.