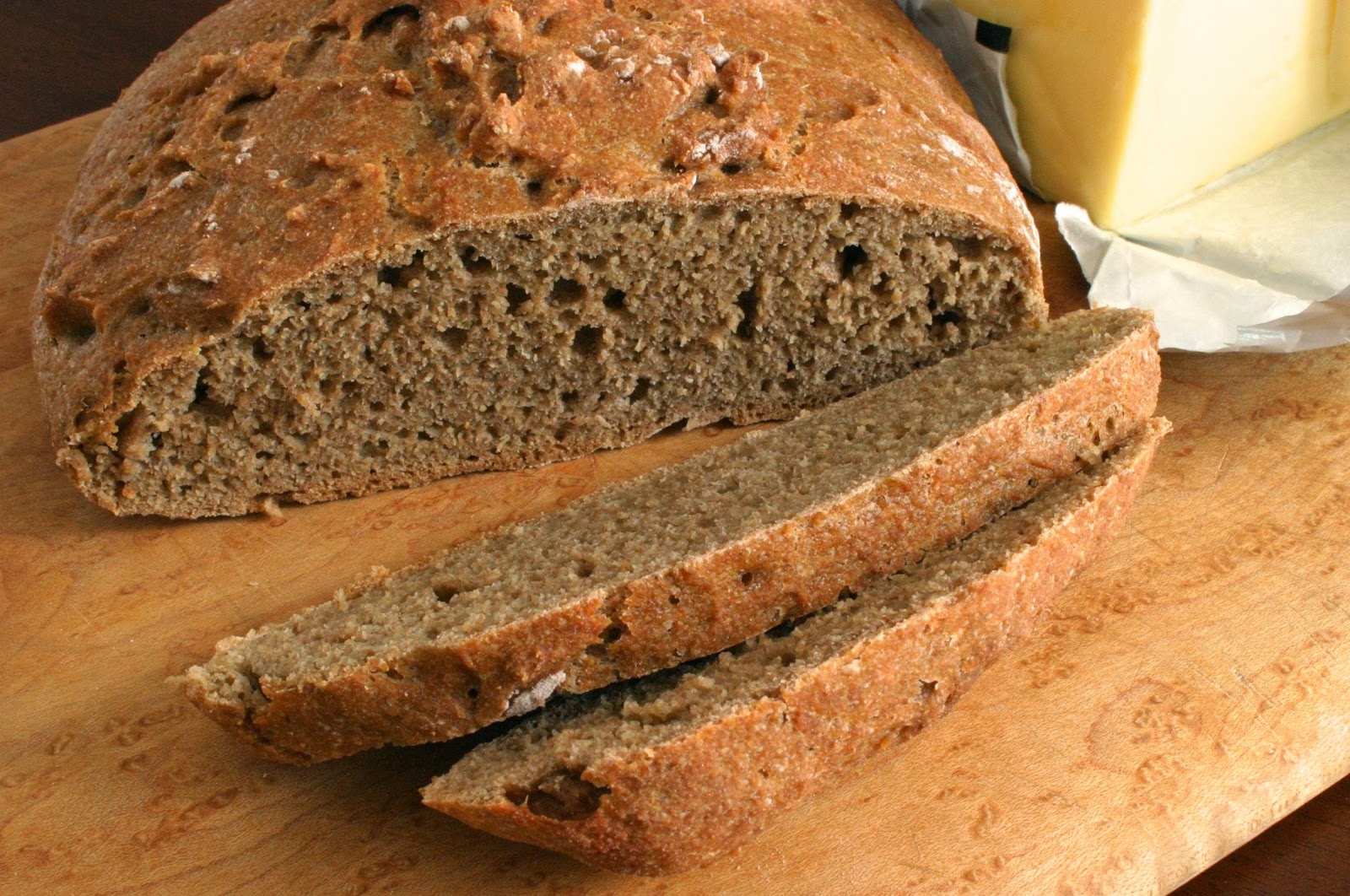 Making a good loaf of einkorn bread has eluded me until now. This is my third attempt to make a loaf with acceptable texture and tenderness and without adding white flour.

I read several web pages in search of a good recipe. What I didn't realize until now is that all einkorn flour is not the same. Many of the recipes I found were actually using 'white' einkorn flour. That simply means that the bran and germ of the kernel were not used. It is not 'whole grain'.

Remember that little tip for other grain flours like spelt and red fife. Another variable in the flours is the milling. Each mill has their own specifications. A coarser milled flour will not act the same a fine milled flour even with the same grain.

Another tip with einkorn is that as it is exposed to sunlight the batter darkens. It is best to cover your dough to limit exposure to light.

Find more information about einkorn on a previous post where I made a Steelhead Trout Tart.

This was loaf #2. It looks great but it was heavy and hard with a very dense crumb. This is when I realized there were recipes for different types of flours. I mistakenly used a recipe for 'white' einkorn and the results were not good.

I do not have a picture of my first attempt. Let's just say it held promise as it came out of the oven but soon became a hard brick.

Mix flour, salt and yeast. Mix liquid ingredients in a large measuring cup before adding to the flour mixture. Add liquid ingredients to dry ingredients. Mix to incorporate all the flour. Cover tightly with plastic wrap or use a lidded bowl. Cover with a kitchen towel and ferment for 12 - 13 hours.

When ready to bake preheat a lidded cast iron pot in a 450F oven for 30 minutes. Bake in the preheated pot with the lid on for 30 minutes. Then remove the lid and continue to bake for 10 more minutes.

Remove from oven and from the pan. Cool for 1 hour before cutting.
Posted by Sarah at 3:01 PM