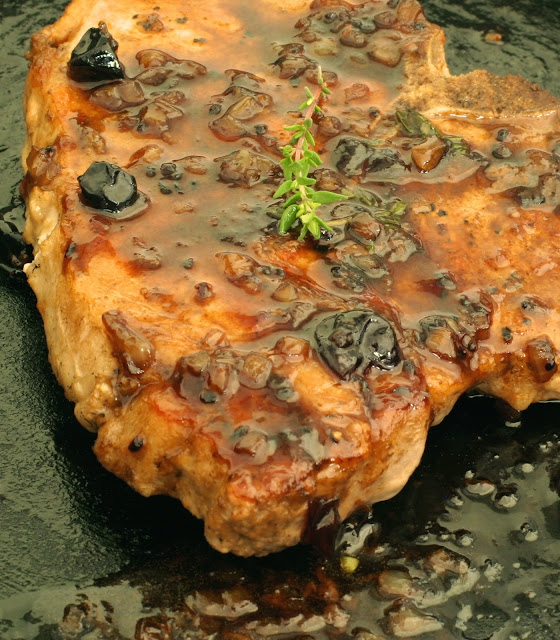 After three immensely interesting and popular single subject cookbooks Bones: Recipe, History and Lore,  Fat: An Appreciation of a Misunderstood Ingredient and Odd Bits: How to Cook the Rest of the Animal, Jennifer McLagan admits this fourth book is it for awhile. Unless it is a really good idea she is not interested and at the moment she doesn't have that flash of genius.

Genius is seen in her latest book Bitter: A Taste of the World's Most Dangerous Flavor, with Recipes. In an informed style she explores the nuances of bitter. "When was the last time you had a broiled half grapefruit in a restaurant?" She is correct in saying that the previously ubiquitous white grapefruit has all but disappeared from the North American palate. Sweetness is being bred into our fruits and vegetables resulting in less complexity in our dining flavours.

Bitterness is added with chocolate, coffee and a variety of fruits and vegetables such as turnip, chokecherry and radicchio. Many of us have recipes in our box with bitter flavours without understanding why we love them so.

This recipe for pork chops is perfect. There is somewhat of a smokiness in the flavour profile, some acidity and a hint of sweetness that compliments the fatty character of pork.

Thanks to my almost-twin cousin residing in New Zealand for the heads up on this delightful dish. He sent it to both myself and his daughter, Sarah, presumably named after moi. There you go. Three peas in a pod.

Speaking of pods, click here to find the podcast of an interview with the author. It is an enlightening glimpse into the world of bitter. You must listen.


Twenty minutes before cooking, remove the pork chops from the refrigerator. Pat dry and season with salt and pepper. In a frying pan large enough to hold the chops, heat the lard over medium-high heat. When the fat is hot, add the chops and brown for 2 minutes on each side.
Transfer the chops to a plate, lower the heat, and add the shallot and thyme to the pan. Stir, and cook until the shallot begins to color. Pour in the coffee and chicken stock and bring to a boil, deglazing the pan by scraping up the browned bits from the bottom. Boil to reduce the sauce by about half.
Return the chops to the pan and lower the heat so the liquid is simmering. Cook the chops for 5 minutes, basting with the sauce from time to time. Turn the chops and cook for another 5 minutes, or until cooked.
Place the chops on a platter and keep warm loosely covered with aluminum foil. Remove the thyme from the pan and add the black currant preserves. Stir and cook the sauce until syrupy and reduced to about 1/3 cup / 75 ml. Return the chops to the pan with any juices, and turn to coat with the sauce. Check the seasoning of the sauce—remember it should be pleasantly bitter—and serve the chops, spooning over the sauce.